BAVARIA YACHTS is relying on 100 percent “Made in Giebelstadt”

The future development of Bavaria is taking clear shape: The yacht builder, respected worldwide for its good price/performance ratio, will once again build its boats one hundred percent in Germany. Bearing the seal of quality “Made in Giebelstadt”, both sailing and motor yachts will be manufactured and handed over to customers in Franconia. The R55 motor yacht, previously produced in Croatia, will for the first time be hand-built at the company’s headquarters in the first half of 2019. The moulds and tools are currently being transported from Croatia to Germany and installed in Giebelstadt. 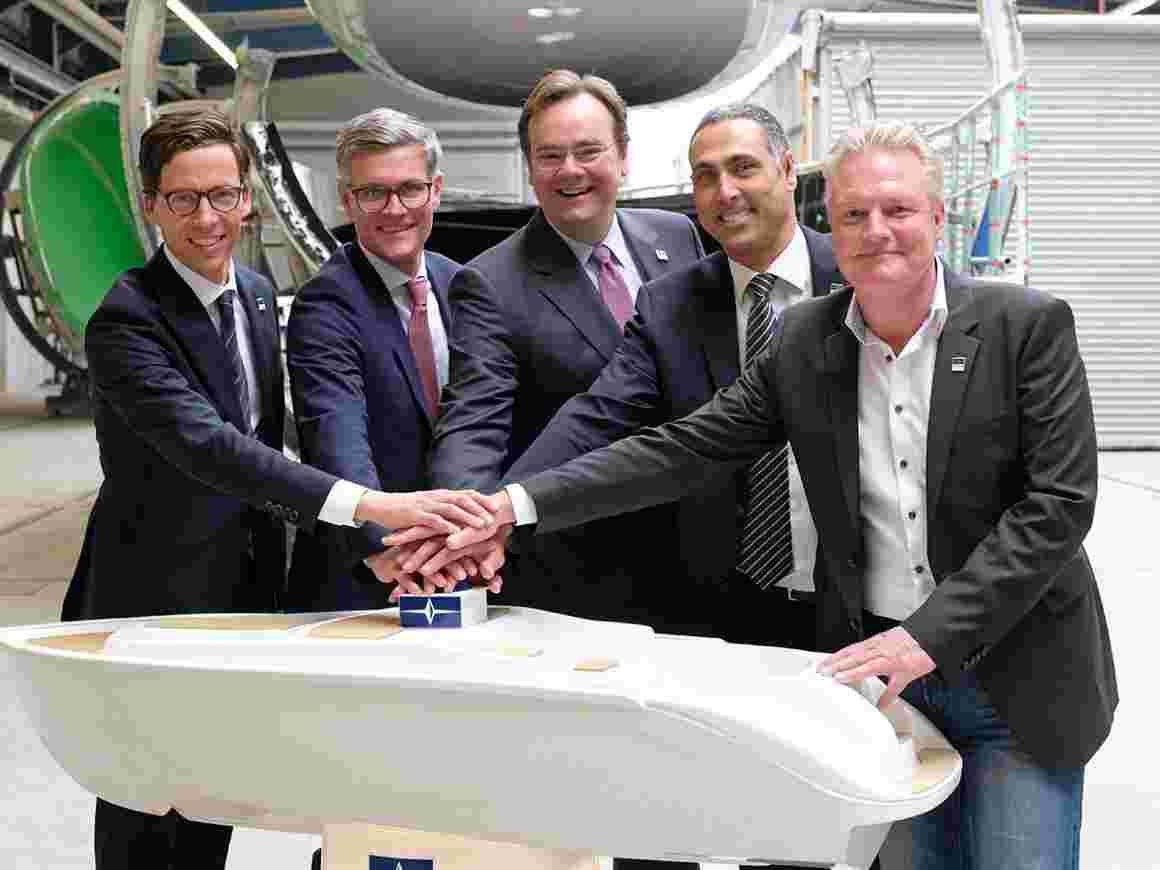 Development and construction will primarily be under own management

“We want our outstandingly well trained and committed employees to develop and build all our yachts primarily under own management. The workforce identifies strongly with Bavaria Yachts; it is the key feature of our company,” explains Managing Director Erik Appel, who has been Chief Operating Officer of Bavaria Yachts since December 2017. “This is why we intend to further increase our permanent staff and simultaneously reduce the proportion of temporary workers. This will help considerably to bring down production costs. To increase the efficiency of the shipyard, we will concentrate on our own engineering, i.e. the technical development of yachts, at Bavaria Yachts once again. Interdisciplinary teams have already been formed. We will organise the handover of newly developed models from engineering to production better and thus reduce costs. Engineering and joinery will continue to be core in-house competences.”

The series production that Bavaria Yachts stands for is being taken to new levels. To do this, it will be necessary to greatly reduce the complexity that has emerged in recent years. The current portfolio includes 26 models – within the next three years it is to be focused on 10 to 12 models which are efficient and popular in the market. “Our model range will be more attractive and at the same time of a highly reliable quality, with a portfolio of the same size,” adds Erik Appel.

Work has already started on this, and production has been modified in some important respects: The BAVARIA C65, presented in 2018 but not successful, will no longer be built; the E-Line (electric propulsion and hybrid yachts) has been discontinued. The C50 sailing yacht has been removed from series production and technically reworked as a prototype. Following successful re-engineering, the C50 will return to series production from November 2018. The findings from this process will now be transferred to the flagship BAVARIA C57 and its little sister BAVARIA C45. The new COO has ensured the feasibility of producing the largest sailing boat at the Giebelstadt site. The C57 is now on the production line and at the same time the findings from the C50 are being made use of in the ongoing production of the C57.

Moderate new developments are planned from 2019. Two or three new product launches per year are feasible for a shipyard. Fast production, reliable quality and plenty of space, along with sporty performance and a competitive price/performance ratio, are to be the hallmark of Bavaria Yachts once again.

“Successful series production in yacht building involves a lot of handiwork, a love for detail and the will to create. That’s what Bavaria has always stood for and that’s the way it will be again in future. We can create a lot together here and we can implement new ideas quickly,” says Appel, the innovation engineer and native Franconian.

CMP: Closing is complete – Security for employees, customers and suppliers

Kai Brandes, Executive Partner of CMP Capital Management-Partners from Berlin, which represent and advise the investing equity fund, explains: “We are delighted about the successful conclusion of the transaction: The purchase agreement has been signed, the approval of the Federal Cartel Office has been given and the closing, i.e. the fulfilment of all contractual conditions, has just taken place. This means security for the employees, for the customers and for the suppliers.”

CMP Capital Management-Partners has been an investor in the German-speaking SME sector since 2000. “As an active investor, we pursue an operational and entrepreneurial investment philosophy. We concentrate on companies that have a healthy operational core but which find themselves in a situation of necessary change,” says Kai Brandes, who is also Chairman of the Advisory Board of Bavaria Yachtbau Holding GmbH. “We believe in the development potential of Bavaria and we are impressed by its loyal employees, dealers and customers. A good investment for a good price.”

Works Council counts on closer integration of sales and production

Christian Hartmann, the Works Council Chairman of Bavaria Yachts, is relieved: “The purchase agreement is now all wrapped up, all 800 jobs in Giebelstadt and in France have been secured. We consider the fact that CMP strongly supported the purchase of the company a good signal.” For the future, Hartmann is counting on closer integration of sales and production: “We see production and sales as cornerstones, carrying the company together. Optimum planning in construction, a continuous production process and a sales division that synchronises customer requirements with production, are to be the hallmark of Bavaria Yachts in future. We as the workforce would also appreciate closer involvement in the further development of production and sales. The people who work on the yachts every day are enormously important for improving existing procedures and methods.”

Special thanks are due on the part of Bavaria Yachts and CMP to Dr. Tobias Brinkmann of the law firm Brinkmann & Partner. Dr. Brinkmann joined the Board of Management at the time self-administration in April 2018, to guarantee the continuation of business and to head the sale process. With closing completed, the experienced lawyer is now standing down as planned. He guided Bavaria Yachts safely through this particularly difficult business phase. In summing up, he says: “We succeeded in securing a promising solution for Bavaria. CMP is a buyer which specialises in the restructuring of German SMEs. This is precisely what Bavaria Yachts needs at the moment. That is why it is a good new owner. The fact that we built 220 boats together under difficult conditions in the insolvency proceedings, and that the workforce remained loyal to us throughout this lengthy period, demonstrates two good characteristics of the shipyard. Bavaria is a strong brand! The fact that CMP recognised this and is investing in Bavaria represents a great opportunity for the company.”

Dr. Ralph Kudla as Chief Restructuring Officer now on the Board of Management

Dr. Ralph Kudla, a partner at CMP, has also been a Managing Director of Bavaria Yachts for a week now, following on from Dr. Tobias Brinkmann. He sketches out his task as Chief Restructuring Officer (CRO), along with responsibility for HR, Law, Purchasing and the holding Bavaria Catamarans in France, as follows: “In order to regain sustainable competitiveness, a high degree of experience in change processes and consistency in operational dealings is required. For the implementation of the measures that will realign the company, CMP is not only providing financial resources through the funds it advises, but also supporting the management on-site as and when required. Stabilisation, further development and a return to the path of growth are key themes of the restructuring process. Furthermore, the future model range has still to be defined. This represents the greatest challenge and it will certainly take us six months or more to take the initial decisions and set some impulses.

The French holding “Bavaria Catamarans” will in future revert to its well-established name “Nautitech” for marketing purposes. Dr. Ralph Kudla knows that “Bavaria stands for yachts, Nautitech for catamarans. We believe that it is important for the two companies to be able to highlight their respective identities even more clearly in future. The two firms will collaborate closely in technical matters and develop the partnership between Germany and France even more vigorously.”

In the first, abbreviated financial year and as a result of ramping up production, Bavaria will show a loss, which CMP will bear as the investor. Furthermore, it takes a relatively long time to implement efficiency improvements in boat-building. Some things go a little faster and have already been started, others take more time because they involve the actual structure of the boats. Break-even is planned for the next full financial year (1 August 2019 to 31 July 2020). The key improvements are expected in two or three years.

Dr. Ralph Kudla looks ahead: “We want to regain lost trust. We intend to keep Bavaria’s promises and meet its delivery dates. Quality must also improve again. And we want to involve our dealers more closely in strategy and product development. A dealers’ advisory board will be introduced to this end. In this way, we will hear customer feedback, pick up on it and turn it into product improvements as quickly as possible.” 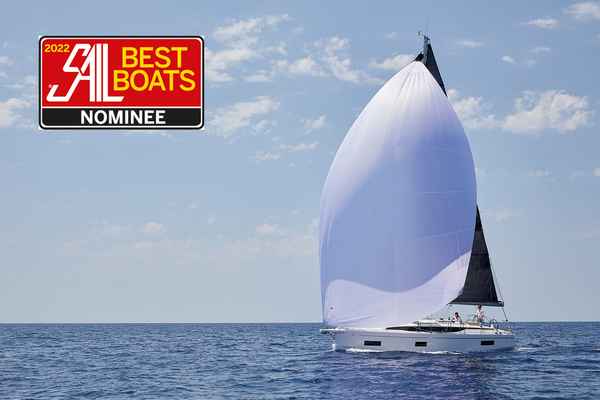