Having Fun with the new day cruiser from BAVARIA YACHTS: VIDA 33

The BAVARIA VIDA 33 is the new day cruiser from BAVARIA YACHTS. Yachtsport editor Detlef Jens went on board and enjoyed an unforgettable day. 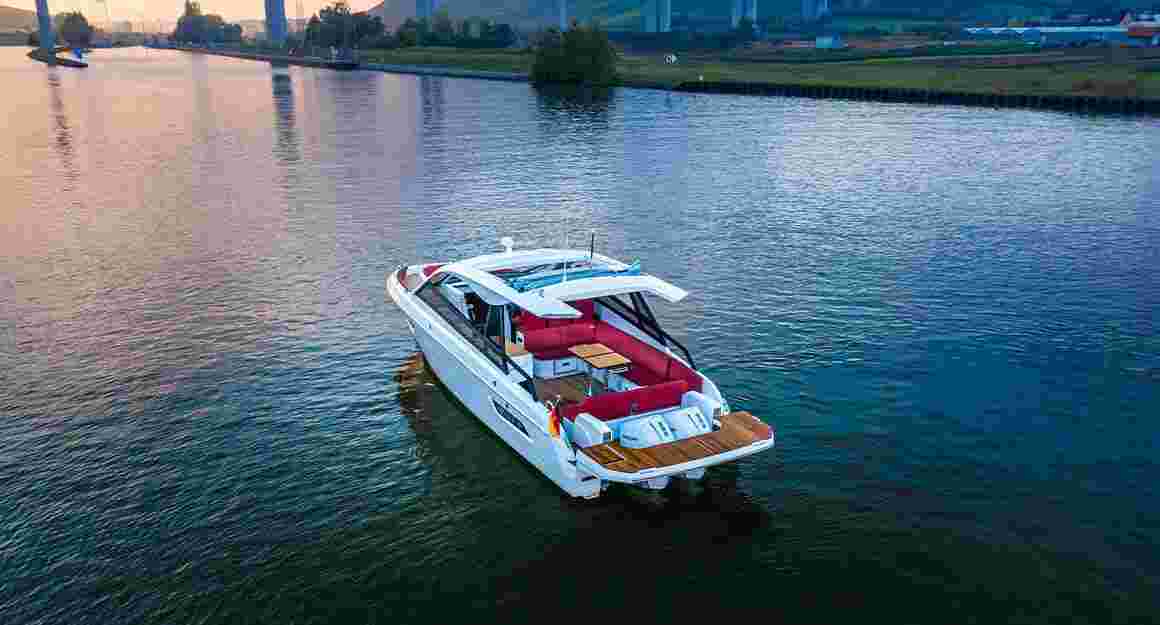 The new day cruiser with outboard engines from BAVARIA YACHTS.

What a day! A wonderful, sunny late summer’s day, ideal an extended daytrip on the water. Full of expectations I walk along the jetty, and there in front she is, with her stern towards me, inviting. I immediately feel a tingling in my stomach as I approach. The others are already on board, even the BAVARIA VIDA 33 itself seems to be waiting impatiently for the mooring lines to be released. The two mighty V8 outboards are bubbling along quietly, but with a clear promise in the undertone: Just wait, they seem to whisper, until we and our two times 300 HP are finally let off the leash!

Smiling, the hostess hands me an ice‐cold drink into my hand. „Welcome on board!“ she says, and „There’s more in the fridge.“ My glance briefly follows her hand, there is a complete wetbar with all the trimmings. But before I can marvel at it for a long time, the lines have already been cast off, calmly and with low revs we glide out of the harbour. I carry my drink to the helm station, three padded seats are available here, and greet the skipper. „Where we want to go today?“ I ask, and he gives a cheerful laugh „Wherever you want to go, we have several attractive destinations within easy reach!“

Enjoy life on the water in the large cockpit with wetbar.

Indeed, a glance at the chartplotter’s display confirms it. The skipper draws a radius with his finger: 40 nautical miles. „At full throttle we would be there in an hour!“ I am amazed. „But we don’t want to be stressed, we want to have fun!“ My skipper almost seems to be a bit disappointed: „Driving fast is not stress, it’s fun,“ he says and immediately proves it. As soon as we have left the harbour entrance far enough astern, he accelerates. First gradually, then more and more until the engines show all their power and the water rushes past in a silvery, glittering frenzy.

His wife has stowed away the drinks and joins us. The three of us now stand next to each other in the padded helm station, almost like the crew of a real offshore racing boat, this really is a special experience. For a moment I turn around to marvel at the broad white band of our wake. She taps me and shouts in my ear „Better not do that! Here we are well protected, but if you do it further astern… What then?“ „The wind,“ she says. „At 40 knots it could tear the glasses off your nose if you’re not careful!“ I nod. Astonished. There are indeed a few new things to consider here. „Hold on tight, I’m going to make a few turns!“ the skipper calls and the boat starts to turn. After a nanosecond of concern I notice how calmly the hull settles into the water, even at an angle. And back again, in the other direction – and the hull remains stable in the curve. Finally, the skipper lets off some pressure. Our harbour and the shore have long since disappeared astern in the haze, but now islands appear ahead. Crazy, I think, I’ve never zipped over here so fast. We’re still racing along at just under 20 knots, but compared to the ride at full throttle it seems almost leisurely now. That much is clear, you must be able to drive the boat properly: 40 knots is no joke. But then, you obviously don’t go at full throttle all the time. 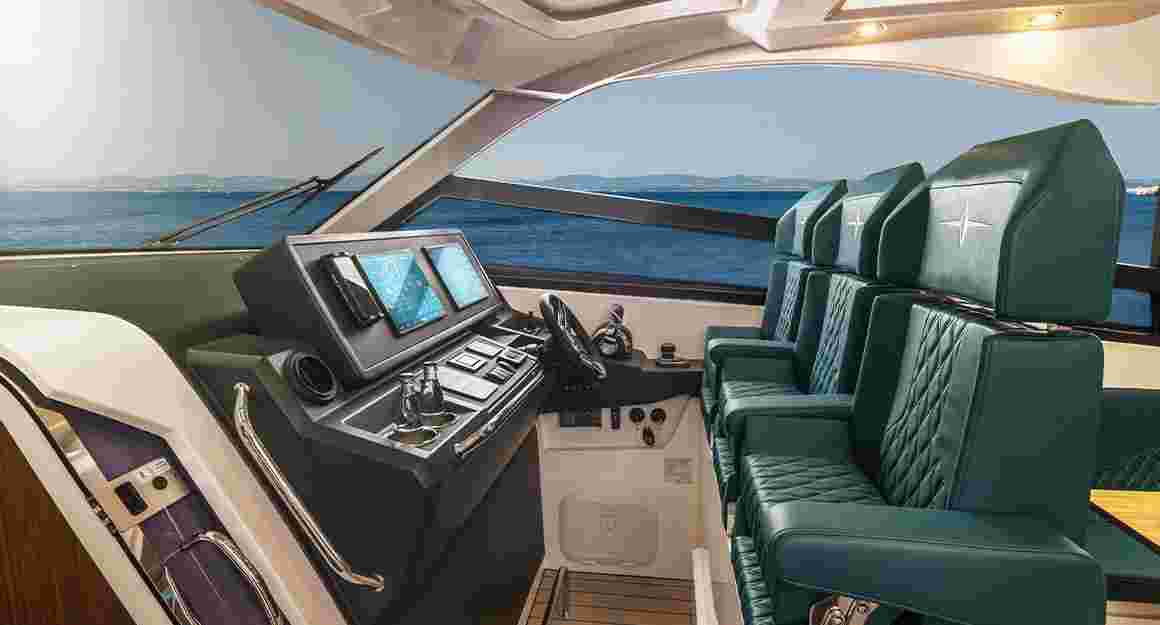 The perfect helmstation for sporty pilots.

The VIDA 33 then shows her second strong side, at anchor, during our very nice lunch break. As there are only three of us on board, we have the choice of several options: In the bow, a bench around a small table is waiting for us in a very inviting way (alternatively, a large sun lounger is installed here).  We decide, however, for the large mess behind the helm position on deck. This area can hardly be called cockpit anymore, it is so spacious. Eight people, I guess, could easily gather here in convivial company. Right opposite is the wetbar, with fridge, grill and a two‐flame gas cooker plus sink – more than enough to conjure up a wonderful lunch!

BAVARIA VIDA 33: Life can be so simple and so beautiful