New Wardrobe for your Boat – Interview with Jesper Bank from Elvstrøm

Jesper Bank, director and joint owner of Elvstrøm Sails, on fitting sails to your Bavaria yacht. 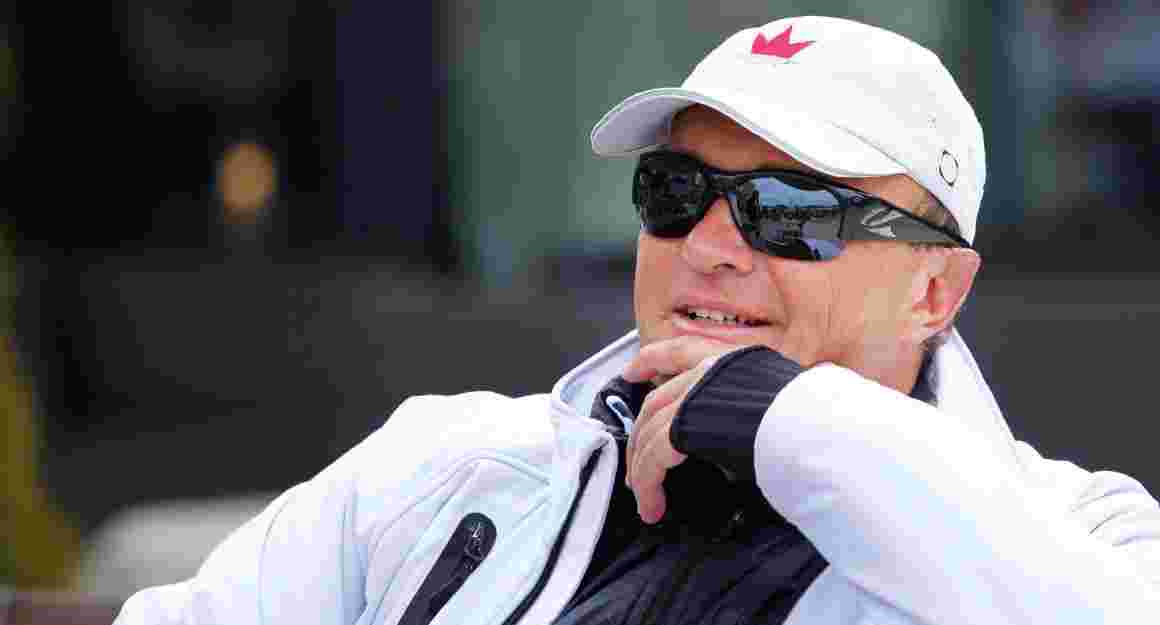 When Paul Bert Elvstrøm opened up his sail making loft in the basement of his private home in Hellerup, Denmark, in1954, he had already won two Gold medals in sailing. However, this was only the beginning of his fantastic career as a racing yachtsman. Between 1948 and 1988 he participated in eight Olympic Games, winning Gold on no less than four occasions. He has also won 13 World Champion titles in eight racing boat classes, a feat unrepeated to this day. Paul Elvstrøm (1928 to 2016) was the best sailor of his time and always full of innovative ideas to improve racing performance. Toe straps, self‐bailers and ratchet blocks are just three of his many inventions that have revolutionised and changed racing in open boats for ever.
Little wonder, then, when Jesper Bank today says that: „We have an incredible amount of experience. And we accumulate vast amounts of know‐how. Our sail makers and customer advisors come from all areas of yachting – racing, but also family sailing, cruising and ocean voyaging.“ Jesper Bank himself won two Olympic Gold medals during his active time as a racing professional, as well as numerous other titles, and today he is director and joint owner of Elvstrøm Sails. The company today has over 50 dealers worldwide and 25 service and production lofts in 15 countries across the globe, having evolved since its beginnings in the 1950s to become one of the world’s leading sail makers. „This is of great advantage to our customers“, says Bank, „as that they are always taken care of in the best possible way by an Elvstrøm representative located close by. And not only in Europe, but also in the US, the Caribbean and Australia.”

Innovation has always fuelled the company, which remains true to this day, in step with the pioneering spirit of the founder. Years ago, experts at Elvstrøm were already looking at ways to improve the performance of the increasingly popular in‐mast furling mainsails. At stake was nothing less than combining the best of two worlds: The easy handling of the furling main with the high performance of the fully‐battened racing mainsail. The solution was finally found in vertical battens. With these, the sail can be furled inside the mast. „With this system, we can make a sail that has even more roach than a traditional sail with horizontal battens“, Bank explains. „At the top we have a soft head that can be rolled, the battens then support the roach of the aft leech. When considering ease of handling, nothing even comes close to the inmast furling main. Meanwhile, with our FatFurl main you now also have performance appropriate for a modern, fast cruiser.”

Easy handling thanks to vertical battens

The main with the vertical battens has another key advantage. It can be reefed much better: „If you furl the sail so that one of the battens is sitting just at the end of the mast, you find that it will retain its optimum shape even when partly furled. The batten gives stability to the luff, and so eliminates the creases that otherwise always appear.”A FatFurl main is ideal in combination with a self‐tacking jib, Bank says, as the main now provides enough power for this rig configuration, without the need for a big Genoa. „This is the very best rig you can have on a modern cruiser. Fast and powerful, but at the same time extremely easy to handle.”

The Elvstrøm Gennaker as an ideal complement

However, when bearing off to freer courses to the wind, a Code 0, or a Gennaker would be a good option in order to utilize the full potential of your Bavaria yacht. Jesper Bank states that, „In case you only want to buy one of these two, I would recommend the Gennaker. The Code 0 really is a sail only for a close reach, and with it you can’t really bear off beyond 90 degrees, which would instead recommend the Gennaker. But in lighter winds, up to maybe 8 knots of wind speed, you can also use a Gennaker on a closer reach.”

The future is Elvstrøm EPEX

The Bavaria owner has all the choices concerning sail wardrobe. „The traditional, horizontally cut white sail made from Dacron will remain with us for years to come. At the other end of the scale is our cutting edge EPEX technology, where sails are made from different membranes that are laminated together in a vacuum and designed exactly according to the lines and areas of high stress. These sails are extremely durable and powerful. And between these two, we have our high‐tech radial cut sails.“ And these are also available as FatFurl mainsails. In any case, Bank assures us that these sails are of the best quality and highly durable. „As we are a relatively large company, we can buy at reasonable rates and deliver high quality at a good price. We are not a discounter, but we do offer a lot for your money!”

TIP: How to trim a furling main

Race professional Jesper Bank: „That’s not complicated at all. You should not set up the foot of the main too tightly, as the sail would then be too flat. Best to look up the sail from the foot and adjust the foot tension so that the sail has an even curve right through to the top.”
www.elvstromsails.com 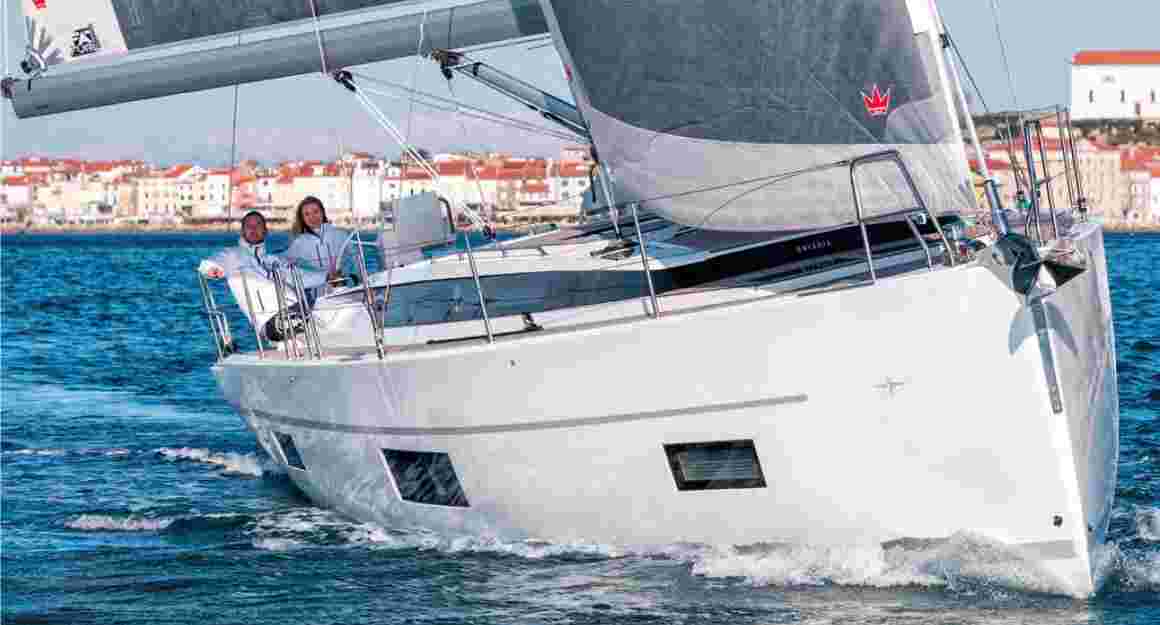 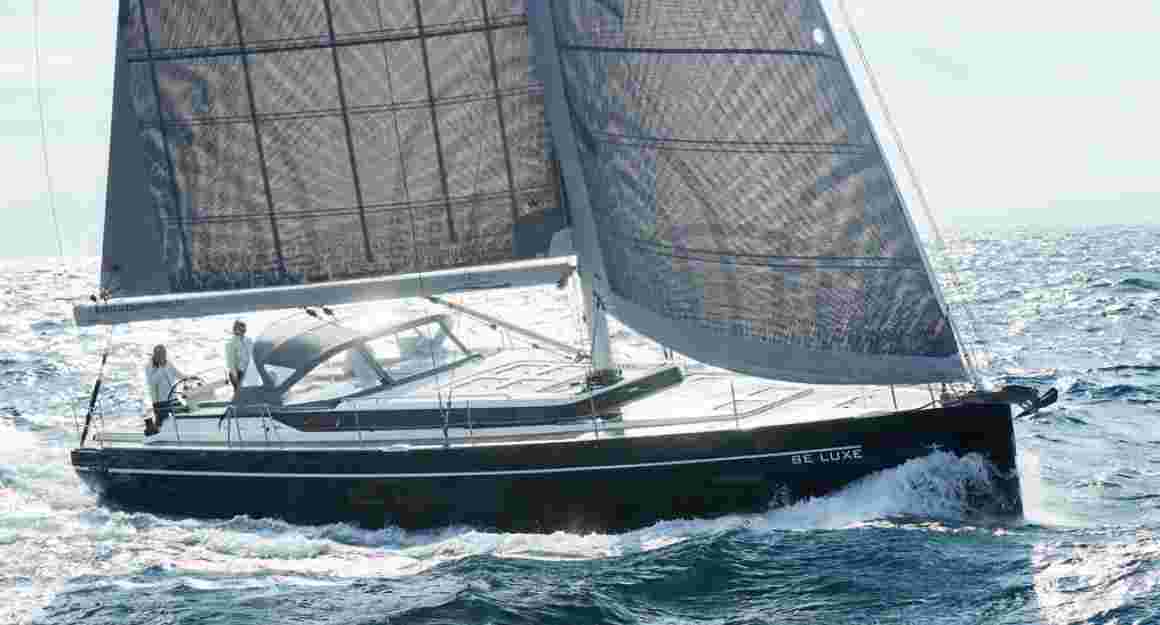 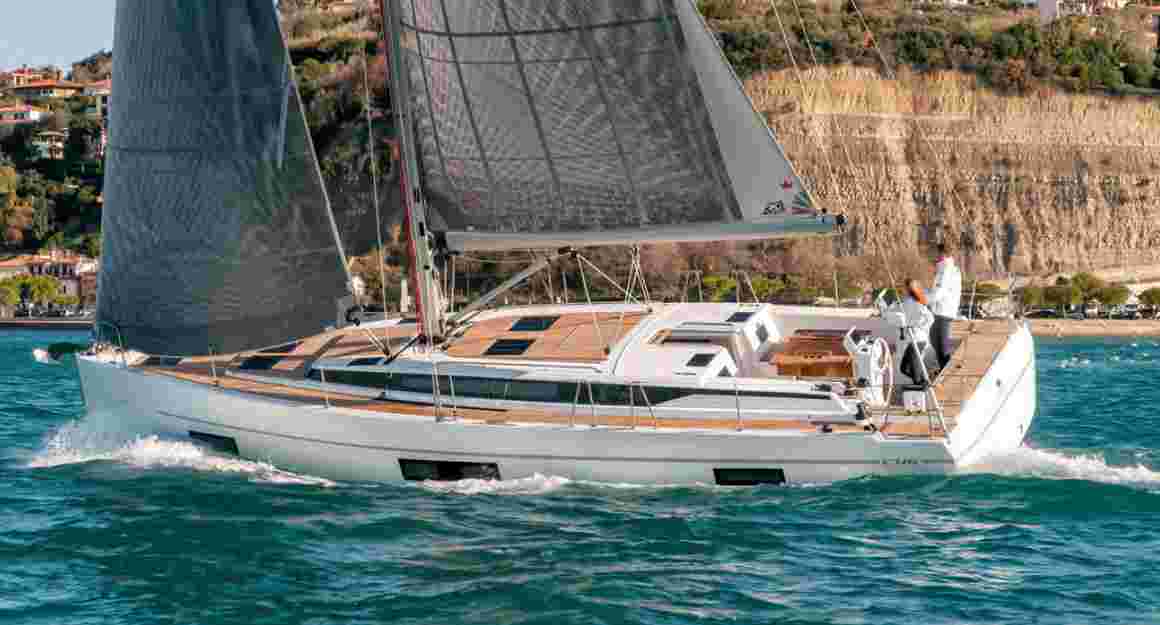