From Kaiser to cruiser – the history of sailing

There have of course already been plenty of long books written about the history of sailing. But in the time of the internet and Blinkist, no one needs to fight their way through the heavy tomes of specialist literature. Marcus Schlichting, a sailing journalist who has been the spokesperson of Bavaria Yachts for more than six years, sums up the most important moments in sailing. 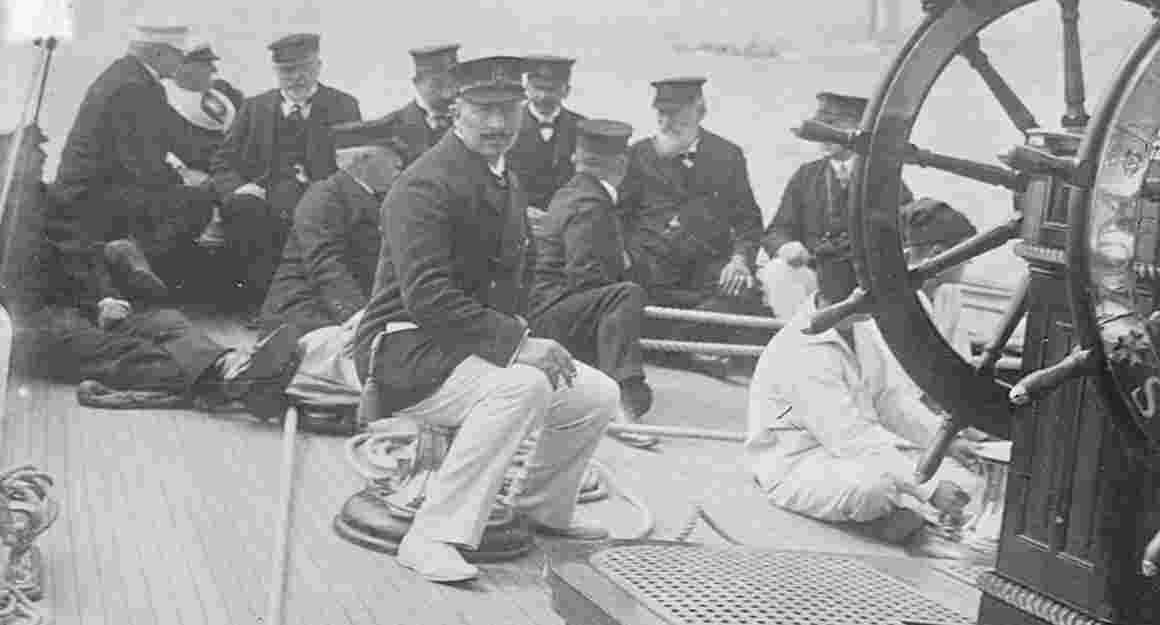 The preconception that sailing is a sport for the rich and famous may date from the Imperial Era. In 1891, Kaiser Wilhelm and his Meteor sailed regattas against his aristocratic opponents in England and he was also a regular guest at Kiel Woche. He built a total of four more sailing ships up to 47 metres long, all called Meteor, and was linked to sailing until the First World War. 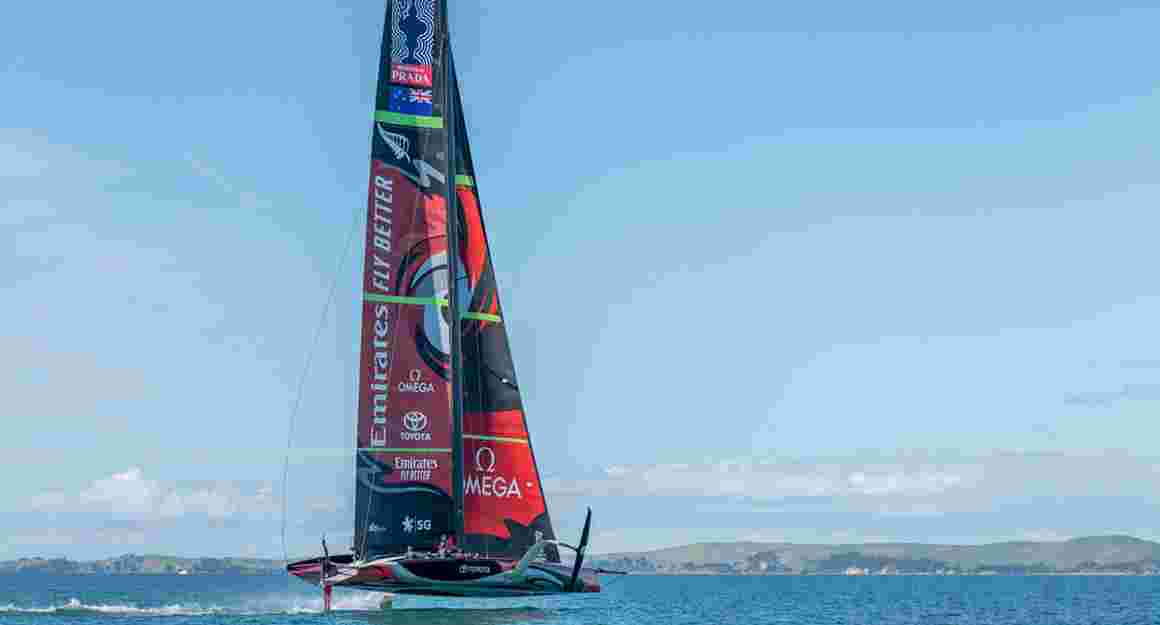 Fact 2 – The America’s Cup made the tea famous

The history of the famous America’s Cup, probably the most important trophy in sailing, goes right back to the year 1851. After a regatta around the Isle of Wight in south England, the yacht America from the New York Yacht Club won and gave the bottomless ewer, as the America’s Cup is called, its name. For 132 years, the East Coast of the USA remained the cup’s home. Time and again, famous names with impressive sailing vessels challenged the cup’s defenders, the New York Yacht Club. Thomas Lipton was one of the challengers and must be one of the best losers of all time. He tried to win the cup a total of five times between 1899 and 1930 and lost five times with his yacht, Shamrock. However, it did have the effect of making his Lipton Tea very well known. Harold S. Vanderbilt, from the famous American railway dynasty, fared no better. He competed three times in the 1930s and lost three times. As Dennis Connor, one of the most famous sailors in the world, became the first American to lose the America’s Cup to the crew of the Australian businessman Alan Bond in 1983, it was a national tragedy for the USA. Alongside Australia and the USA, today the America’s Cup is dominated above all by New Zealand. Switzerland was the only European country to win the cup in 2003 with the Alinghi Team. Ironically with New Zealand skipper Russell Coutts, who had already nabbed the cup twice for New Zealand. Nowadays, the cup competition is raced on modern foiling, almost flying, catamarans 15 metres long. For the next America’s Cup, the 36th, a new type of boat has been developed. Foiling (floating on runners) monohulls which sweep over the water at 30 knots. The final will be held in December 2020 in Auckland.

Fact 3 – The first Olympics for sailors

There were supposed to be medals in sailing at the 1896 Olympic Games in Athens, but the weather conditions there were simply too poor. So, sailing celebrated its Olympic debut at the 1900 Olympic Games in Paris. The boats were still organised into weight classes, and women were allowed to set sail to win Olympic medals right from the beginning. But it would take 88 years until regattas for men and women in their own boat classes were introduced in Seoul. Well known boat classes such as the laser, a simply constructed one‐person dinghy, the classic but hard to sail Star boat, which was an Olympic discipline from 1932 until 2000, or the modern 49er, which demands not only sailing talent but also plenty of acrobatics, achieved great popularity as Olympic disciplines. 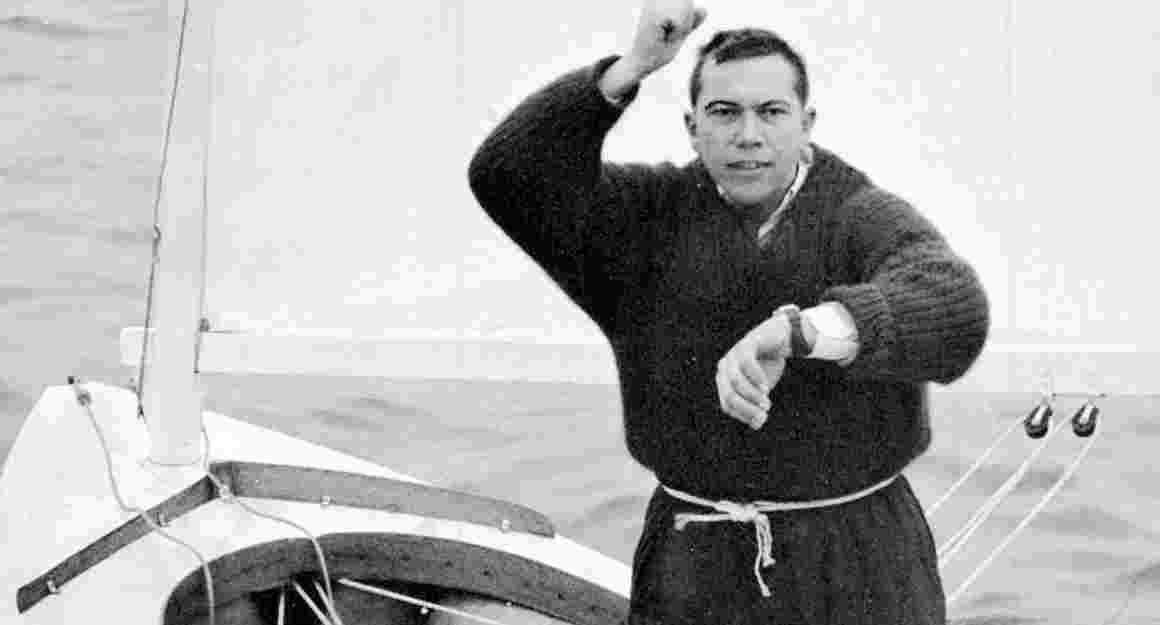 But for fans and sailors, it wasn’t the boats that made the Olympics interesting but the sailors themselves. Paul Elvström, whose sailmakers have been providing perfect sails to Bavaria Yachts for over 40 years, took part in the Olympics eight times between 1948 and 1988. He won five gold medals for Denmark and ended twice unluckily without a medal in fourth place. That makes Paul Elvström one of the most successful sailors of all time. Today’s head of Elvström Sails, Jespar Bank, has also competed in the Olympics, winning two gold medals and one bronze medal. In July 2020 at the Japan Olympic Games, 350 sailors in ten boat classes will compete for gold, silver and bronze.

Fact 5 – Sailing is a popular sport

In the middle of the last century it was already becoming clear that sailing is not just a sport for the rich, but for everyone. Both the class associations which represent the interests of individual boat classes and sailing clubs continued to gain members. At the coast, on rivers and on lakes, people set sail for small and large regattas or simply to enjoy sailing. Some trained hard for regattas, others wanted to explore the world on cruises. 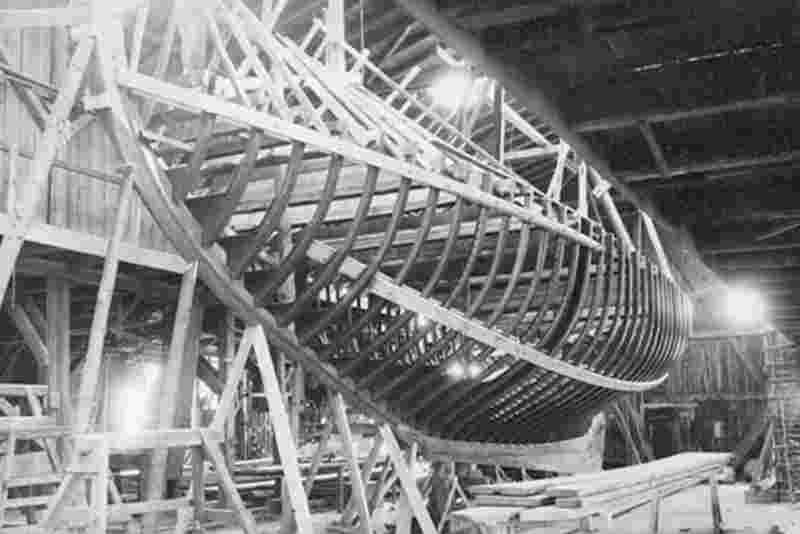 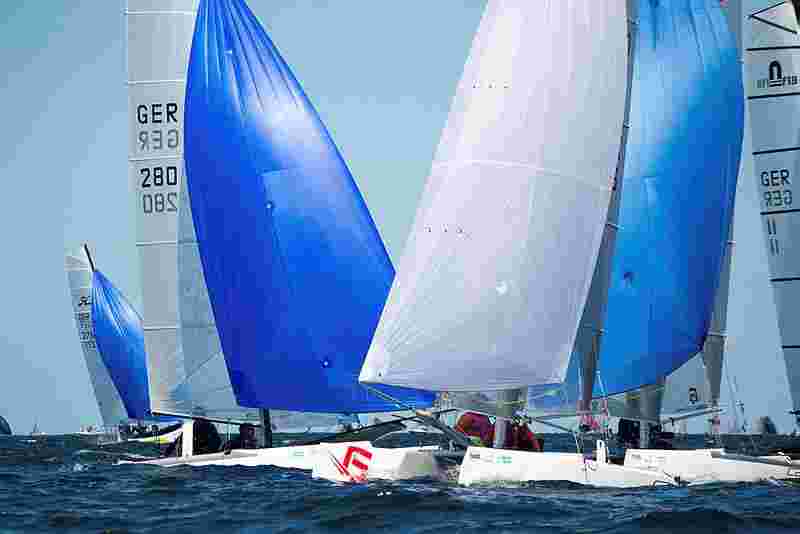 Fact 6 – Boats for everyone

The choice for sailors increased, with more and more boats being built and sold. The breakthrough of „sailing for everyone“ came at the end of the 1960s with the new material, glass fibre reinforced plastic (GRP).  Boats no longer needed to be built out of wood plank by plank by hand. With moulds, GRP mats and resin, they could be mass‐produced on assembly lines. Winfried Hermann also recognised this and transformed his plastic window factory into the Bavaria shipyard for sailing ships in 1978. The Bavaria 707, which was 7.07m long, 2.48m wide and had 28 square metres of sail area, was the first boat from the shipyard in Giebelstadt. Today, Bavaria Yachts’ Cruiser line, to take one example, is one of the most successful and widely produced sailing yacht series in the world. The Cruiser 46 alone has been built over 900 times. A total of 41,000 Bavarias are out and about on all the world’s oceans. 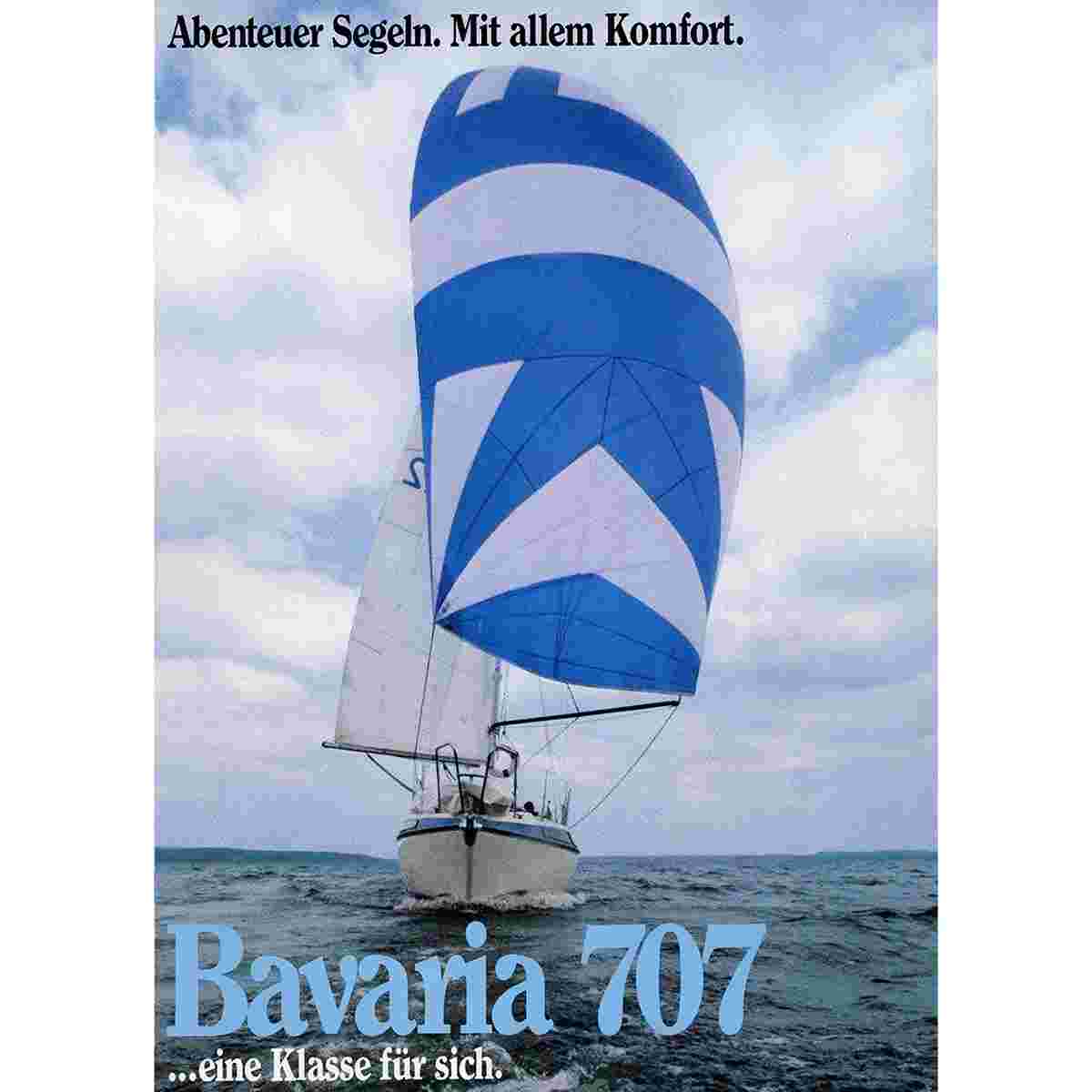 Fact 7 – Regattas on the water and on the computer

Unfortunately, regattas don’t last 90 minutes and don’t take place in a stadium. But they are a combination of high‐performance sport and chess on the water; an old insight which is simultaneously both the joy and the woe of sailing. Spectators and the media can only get an idea of what’s happening on the water with great effort put into video technology. On the other hand, regatta sailing is not only a question of fitness and stamina, but also requires experience and the right tactics. Today, those who are only interested in tactics can take part in plenty of international virtual regattas on the computer, tablet or smartphone. Whether it’s the Ocean Race around the world or Kiel Week.

Sailing is still an adventure. Boris Hermann can confirm that. The young skipper, who sailed Greta Thunberg across the Atlantic to the climate change conference last summer, is currently preparing for one of the greatest challenges in sailing. He is aiming to sail non‐stop single‐handed around the world in the Vendee Globe Race. That means being alone at sea for almost 80 days and sailing around all the world’s capes. He will need to be able to perform every change of sail with his eyes closed – though he won’t be able to indulge himself by closing his eyes that often. The Vendee Globe begins in November 2020.

Sailing today has many facets. From sailing as a sport to relaxed sailing from cove to cove. Finding out what you personally like is easy. You just have to try it and see.